The WorryWoo Monsters is an award winning series of books written and illustrated by Andi Green.
Emotions themselves are turned into lovable quirky characters that embark on delightful journeys of self-awareness.
Created to promote healthy emotional wellness, each WorryWoo adventure concludes with an upbeat message of “Hey, it’s OK” and present the perfect opportunity to openly discuss topics that don’t have easy answers.

The Lonely Little Monster by Andi Green is the premiere storybook from Green's new series The WorryWoo Monsters. Nola has a problem...she doesn't have any friends. Join The Lonely Little Monster on an imaginative tale ¬which deals with the importance of seeing the world in a different way. Through the use of whimsical illustrations we follow the main character as she ponders her plight. The heartwarming ending puts a positive spin on a common situation and proves that things can change, especially if you open your eyes!

Rue - The Nose that Didn’t Fit

Rue the irresistible Monster of Insecurity hides behind flowers because he thinks he is different. He doesn’t realize that his unusual features make him interesting. He thinks that his nose just doesn't "fit" with his shaggy hair, cheese curl ears and fluffy wings. How silly! What he needs is a little encouragement. Won't you tell him he is perfect just the way he is?

Squeek - The Monster in the Bubble

Squeek, The Monster of Innocence is afraid to try new things. He hides in his cozy bubble planning all the things he would do if he just took that big step. He dreams of meeting new friends, climbing huge mountains and even flying to the moon. But every time he thinks about leaving, he decides it is better to stay. Will Squeek ever leave? Sometimes you need that push from your Bubble to show you how great the world really is. A heartwarming story for children & adults of all ages.

Fuddle - The Monster who Couldn't Decide

Should I do this or should I do that? Do I go here or do I go there? From pancakes to hats to flying a kite, Fuddle, The Monster of Confusion, cant decide whats; just right!

Through the use of humorous rhymes and illustrations, creator Andi Green, guides readers through the world of a monster who cant make up her mind.
The fourth storybook book from the award winning series The WorryWoo Monsters,The Monster Who Couldn't Decide, is a beautiful story that readers of all ages will enjoy.

Meet Wince, The Monster of Worry, and his number one nemesis, the WorryBug! In this engaging follow-up to The Monster Who Couldn’t Decide, Andi Green has created a whimsical adventure that brings another emotion to life.

Join Wince as he discovers the secret to keeping his worries from getting monstrous. Using unique drawings and clever rhymes, Don’t Feed The WorryBug carries an insightful message that readers of all ages will enjoy.

Twitch the adorable curly horned monster always lets frustration get the better of him. He tries hard to do everything right, but when something doesn’t go his way he stomps, yells and quickly gives up! If only Twitch could see that giving up is not the answer. Maybe you can offer Twitch some positive ways to deal with his frustration.

Zelly - The Monster Who Wanted It All

Zelly, The Monster of Envy, wants EVERYTHING… especially if it belongs to someone else! From his clothes to his toys, he’s never content with what he has. His demanding “Mine, Mine, Mine” attitude is affecting everyone and turning him green with envy. If only he could be a king—then he’d have it all… or would he?

Follow Zelly on a personal journey that teaches him about expectations and, ultimately, appreciation. From the acclaimed WorryWoo Monsters series, The Monster Who Wanted it All is a must-read for anyone who has ever felt a twinge of envy.

NOTE: Preorders will be delivered late mid-late October.. You will receive an email when your order is on it's way. 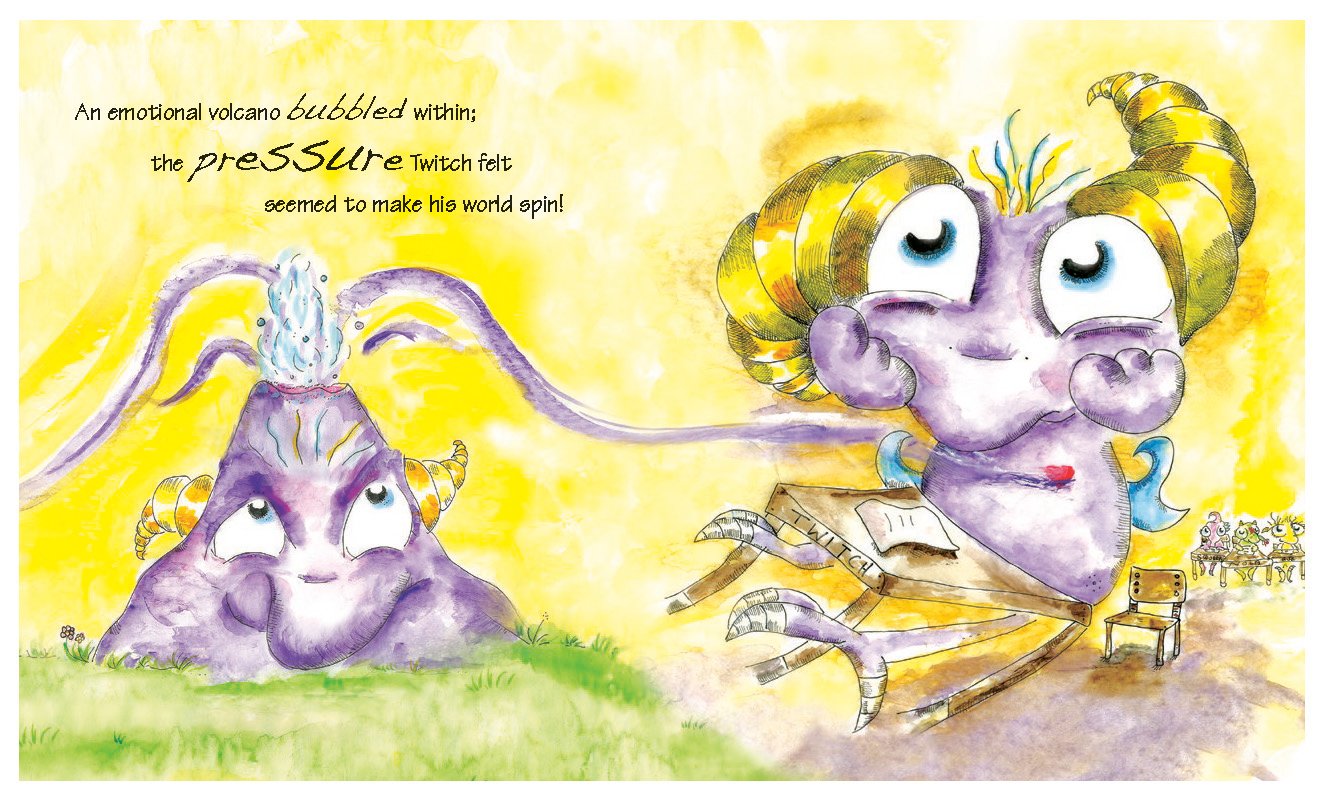